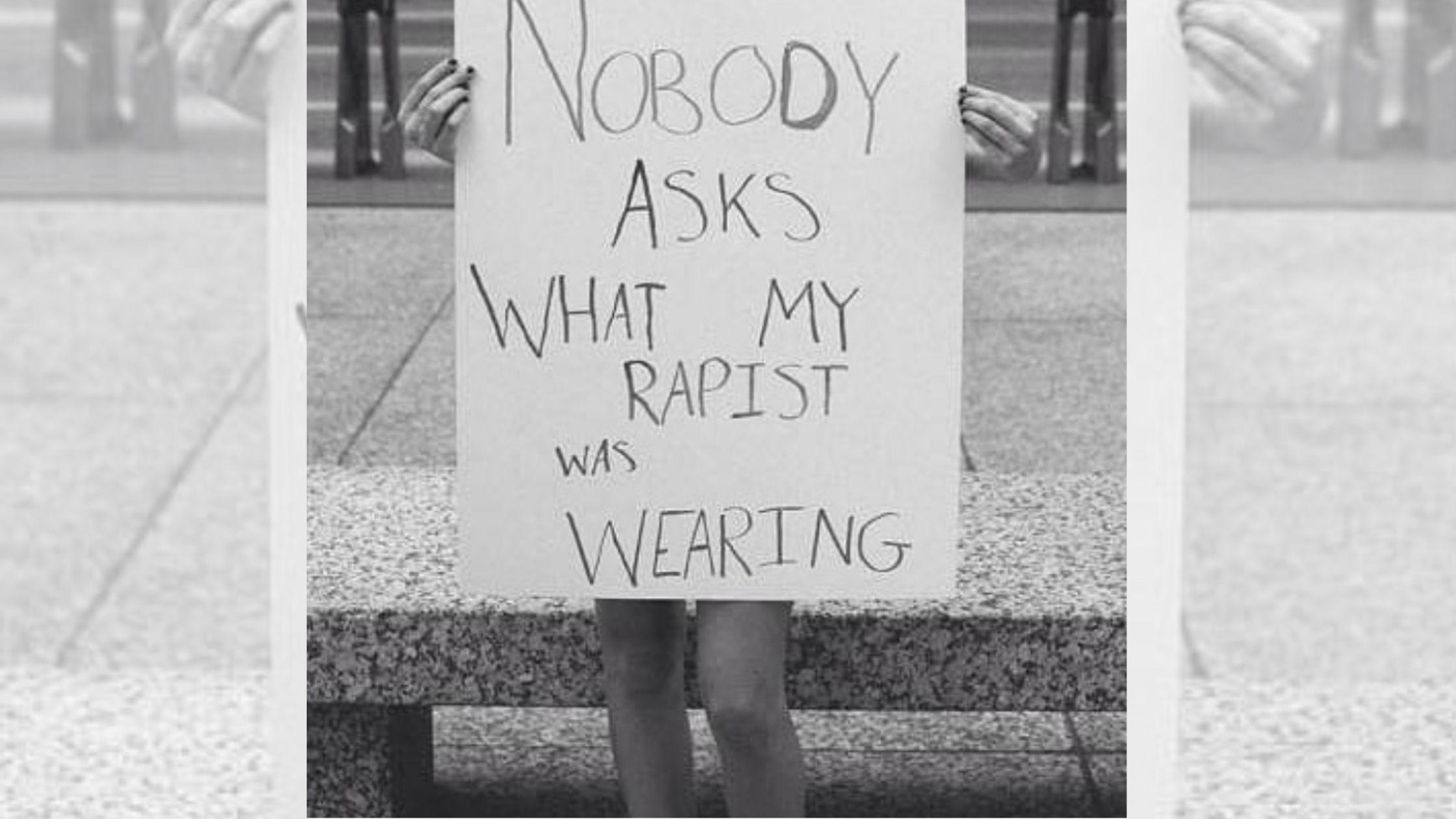 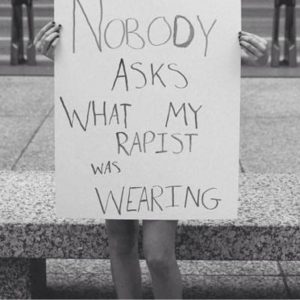 People tend to mistake their own perceptions for universal reality. When it comes to politics, that tendency leads to our current hyper-partisan political environment, where people tapping into different media ecosystems may as well be living on different planets. When it comes to race, we see a cohort that cannot recognize the way white supremacy is structurally woven into the way society operates.

And when it comes to sexual assault, it means that onlookers overlook the gender inequality that pervades our socio-political system and instead blame the survivor for enduring a traumatic event that happened beyond their control.

This is the Just World Hypothesis in action — the flawed idea that people get what they deserve.

“In a rape case, the Just World Hypothesis states that people can’t handle the cognitive lift of the fact that something unjust happened to the rape victim,” wrote Culda , Opre, and Dobrin in a 2018 paper published in Cognition, Brain, Behavior. They went on to say, “So to preserve the ‘you get what you deserve’ mentality, it’s necessary to view the victim as flawed in some way.”

Sound familiar? Her skirt was too short. She drank too much. She was asking for it.

This is the Just World Hypothesis in action — the flawed idea that people get what they deserve.

The Just World Hypothesis is another shade of the prosperity gospel – that people become wealthy because they deserve to, never mind that most of those people are white, male, and cisgender. It allows lucky people to look at the world and divine that their lives are fortunate because they deserve what they get, not because they are at the top of a racist, sexist hierarchy designed to keep them up and everyone else down.

In American culture, it might be even more pronounced, as our milieu idealizes the American Dream and the concept of controlling our future. As a general rule, Americans have a hard time with the idea that bad things happen to good people (white Americans definitely struggle with this concept).

No matter what we want to believe, the world is not a just place, and sometimes terrible things happen to people. And nobody, no matter how they operate, ever deserves that plight.

Victim blaming: doubling down on harm

Though people engage in victim blaming to psychologically distance themselves from the idea that they are vulnerable to becoming victims themselves, it ends up compounding the trauma of sexual assault survivors.

The problem is, victim blaming takes the focus and responsibility off of the perpetrator and shifts it onto the survivor, thus silencing her – 90% of adult rape victims are women – and increasing her feelings of isolation. Victim blaming can also be experienced as a “second assault” by the survivor, complicating the trauma.

Believe the survivor. People rarely make up stories of abuse.

In my clinical practice, I have seen how victim blaming deepens the shame, self-blame, and confusion that revolves around the trauma of sexual assault. This detrimental form of secondary gaslighting deceives the survivor into believing fallacies like “I’m worthless,” “It was my fault,” or “I’m making this up in my head.”

We must all do our part to push against victim blaming in society, starting with educating ourselves about rape-culture and the myths that perpetuate it.

Some common myths and realities around sexual assault include:

Very few people lie about being sexually assaulted. Research has found that approximately 2-10% of rapes are false reports (Lisak, Gardinier, Nicksa, and Cote, 2010). What’s more, there are countless examples of alleged sexual assault where victim blaming led to little or insufficient punishment for the perpetrator. The #MeToo movement is virtually built on that traumatic disparity.

No one wants to be sexually assaulted. This myth conflates sexual assault with sexual desire. Sexual assault is a violent act motivated by the urge to dominate and humiliate. Additionally, sexual assault is NOT caused by the survivors’ drinking or drug use, clothing or makeup, flirting, or consensual past sexual encounters with the perpetrator.

Sexual assault is traumatic whether perpetrated by a stranger or someone known to the survivor. An acquaintance assault can have devastating long-term consequences because the survivor may doubt their ability to judge who they can trust.

Each one of us must take responsibility for making sure that victim blaming becomes an unacceptable response to sexual assault and gender-based misconduct.

Beyond educating ourselves about victim blaming and rape culture, we must practice responding appropriately when someone close to us discloses they have experienced sexual assault, breaking the cycle of victim blaming and allowing survivors to start healing.

Here is what you can do:

Though victim blaming can be charitably understood as a self-protective impulse, allowing people to avoid the reality that something just as horrific could happen to them, that magical thinking does nothing, in reality, to protect those using it. But it does inflict tangible harm on assault survivors. Each one of us must take responsibility for making sure that victim blaming becomes an unacceptable response to sexual assault and gender-based misconduct.

Resources for survivors of sexual assault:

The Voices and Faces Project

It Happened to Alexa Foundation 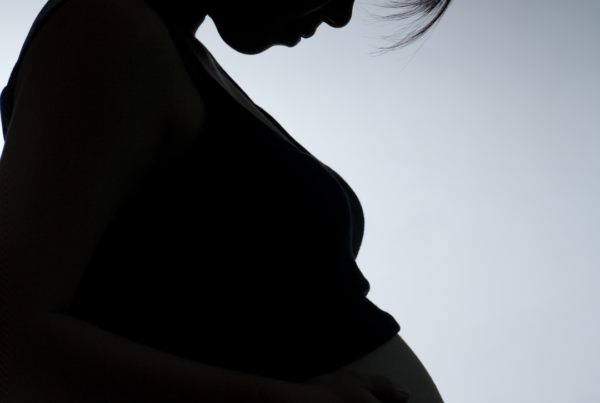 A leaked letter shows how OBGYNs disregard emotional health in childbirth. Here is how this traumatizes birthing people 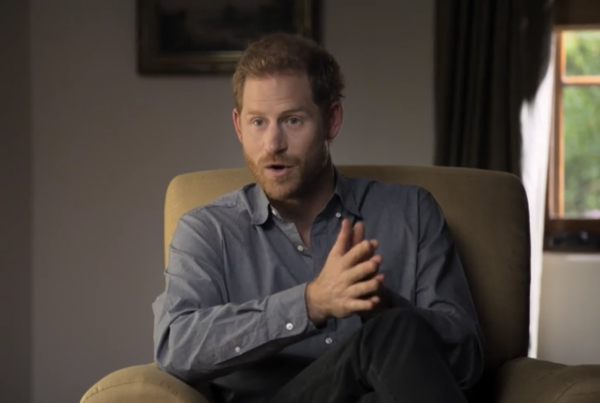 Prince Harry swears by EMDR. Here’s what it is 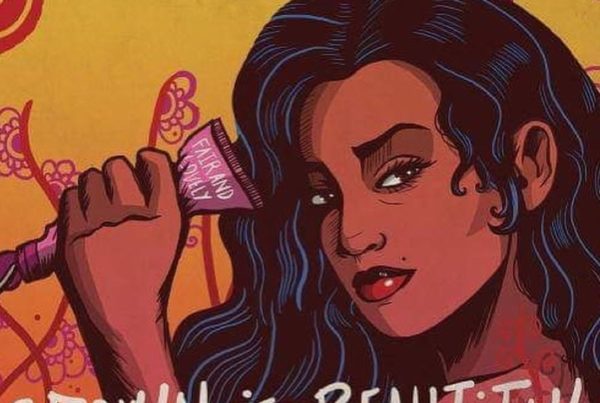 Center Psychology Group is run by a team of doctoral-level therapists with extensive training in clinical practice, theory, and research. With this foundation of knowledge and experience, we empower people to find their center, overcome challenges, and live a healthy life, no matter what obstacles they face.

Center Psychology Group is located at 200 West 57th Street (between Broadway and Seventh Avenue), a short walk from the NQRW and 59th St Columbus Circle subway terminals. If it is your first time visiting us please schedule a brief phone consultation with us, free of charge, prior to scheduling an appointment.

All rights Reserved. Designed by Elfatrany.

Subscribe to our newsletter where you will receive updates and posts sent to your inbox.